Having just returned from Vancouver we were feeling the need to get back outdoors for our next holiday; New Years. As such we hooked up the A122 pop-up and headed north towards Port Townsend nearby Fort Worden State Park. Not only was this going to be the start of a new year, but there was a chance of getting some shots of the Super Full Moon as well.

The Moon’s orbit around Earth is not a perfect circle, but elliptical, with one side closer to Earth than the other. As a result, the distance between the Moon and Earth varies throughout the month and the year. On average the distance is about 382,900 kilometers (238,000 miles).

The point on the Moon’s orbit closest to Earth is called the perigee and the point farthest away is the apogee.When a Full Moon takes place when the Moon is near its closest approach to Earth, it is called a Super Full Moon and can appear somewhere between 14% and 18% larger.

I had no shortage of potential great shots to choose from and I spent a considerable amount of time planning that perfect shot. Over the years I’ve tried many different applications to help plan a photo shoot, but the one I rely on the most is The Photographer’s Ephemeris. With this program I can look up both sun/moon rise/set and such.

Armed with this information and a compass I then go scout what look like promising locations to test the shoot. I finally settled on a location that would catch the moon rising just to the East of Mt. Baker and have the Point Wilson Lighthouse in the foreground.

But Sometimes You Fail Anyway

However, what can’t always be predicted with any real accuracy is local conditions. The weather forecast was for clear skies. But here in the Pacific Northwest the high pressure that creates the clear weather can also produce a thick haze; such was the case this time.

So despite my best planning, when the moon did make its appearance it was heavily washed out low on the horizon. Once it cleared the haze it then was out of position in relationship to my chosen background and foreground that I wanted to give it size and scale. It just wasn’t meant to be this time around.

But…there’s a Red Blue Moon next week and with any luck the weather will hold for another chance.

Although the photo didn’t turn out, when you stay at Fort Worden State Park you really can’t lose. The fort – featuring 100 historic structures – spans two miles of saltwater shoreline with views of the Olympic and Cascade Mountains, and the San Juan Islands. There are two campsites; a lower on the beach near Point Wilson and another one behind Officers Row nestled in the trees.

Construction on Fort Worden began in 1897 and continued in one form or another until the fort was closed in 1953.

Designed as part of the massive modernization program of U.S. seacoast fortifications initiated by the Endicott Board, construction work on the initial fortifications above Point Wilson were delayed until July 1897. The property was privately owned and the government had to clear title to the land through condemnation proceedings. The Army Corps of Engineers took charge of building the construction dock, warehouses, and a tramway to haul concrete for the gun emplacements from the dock to the mixing plant. To meet construction needs, the Army laid a pipeline from Port Townsend and pumped water into large storage tanks inside the fort. The arrival of wet winter weather slowed progress on the batteries. It took 200 men almost three years to complete the excavation and concrete work for the gun emplacements.

In March 1900, the fort was ready for installation of the initial armaments. Sixteen artillery pieces, shipped from the armory at Columbus, Ohio, arrived from Tacoma by barge. A special tramway was constructed to haul the heavy artillery pieces from the dock area to top of the bluff. In March 1901 the guns were moved to their assigned positions and mounted in the batteries, ready for test firing.

Fort Worden was activated in 1902. The 126th Coast Artillery Company, consisting of 87 soldiers, commanded by Captain Manus McCloskey, was the first detachment assigned to Fort Worden. They arrived from Seattle on board the steamer SS Majestic on May 3, 1902, and were quartered in tents pending the completion of the barracks. 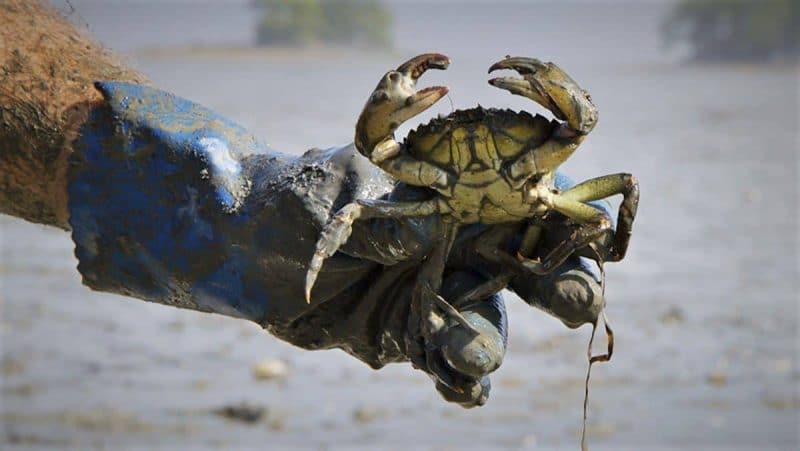 Last summer I had come across an article which detailed the sightings of the invasive European Green Crab. (Do You Know Where Your Green Crabs 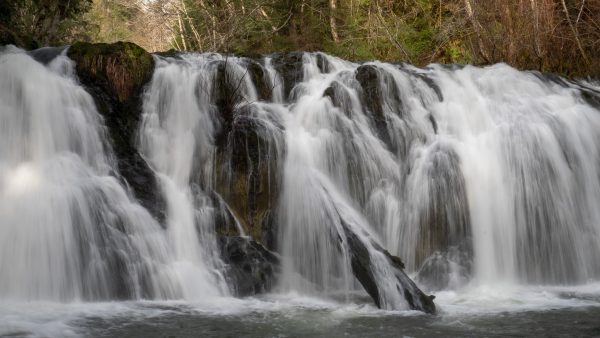 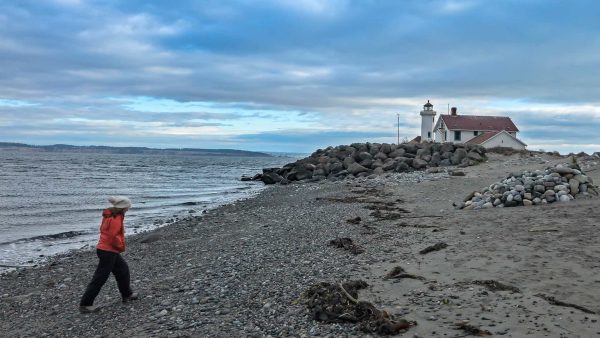 It sounded like our camp was going to come apart; the good news was at least I didn’t have to worry with snapping my mooring.