I had reached out to my old paddling partner Jason ‘Kiwi’ Goldstein just to catch up and during the course of our conversation mentioned that I’d be out at the coast over the weekend. Turns out he was going to be heading up to explore the old Naselle Air Force Station, call sign “Ground Photo Timothy”, and suggested we combine our trips. Sounded like a capital idea to me.

Shortly after World War II, in the early 1950s, the U.S. government became increasingly concerned about a Soviet military threat to the United States. This new age of nuclear fear was the beginning of a “Cold War” era that was to last for several decades. As a result many facilities were built on the west coast to search for any threats coming in over the Pacific.

Of of these was the 759th Aircraft Control and Warning Squadron (AC&W Sq) located on the ridge north of Naselle Washington. Radar’s 759th AC&W command searched out to sea for aircraft and alerted, or “scrambled” fighter planes to check out any unidentified aircraft. The radar operation post also became the site for radar weapon testing of U.S. aircraft and as well as “war games” for practice in case of enemy attack. It was one of three radar posts positioned along the Washington coast in a 360-degree search pattern.

The mission at Radar Ridge was maintained until about 1964, when the federal government turned the land over to the state. Satellite and radar equipment for area businesses still occupy a part of the summit.

Today, the area around Radar Ridge, maintained by the Department of Natural Resources and youth camp work crews, has become a recreational spot for many local residents who enjoy the trip to the Ridge for the view, but increasingly come into the area to camp as well.

Straight Up to Radar Ridge

We met up at Twin Harbors State Park and did our best to ignore the horde of mosquitoes dive bombing us. I served some camp chili with Kiwi top with his campfire Banana Splits! Such indulgence.

Next morning we mounted up and started the drive south. Our path took us around the northern and eastern sides of Willapa Bay and through the historic communities of South Bend and

Raymond. I can’t drive through South Bend without reflecting on how this small township had ‘stolen’ the county seat by rowing in the night over to Oysterville and taking all the county records back to South Bend in the middle of the night.

Back to our story. It didn’t take us long to reach Hwy 4. It was only a few miles from that intersection before we started up the forest road toward the popular lakes Western and Snagg. It’s a spider web of old logging roads but as long as you’re headed up, straight up most of the time, you’re headed in the right direction.

This is certainly 4×4 territory and you can’t count on the road being up. We had a tree down over the roadway at one point. Kiwi’s rig has a higher profile and we barely squeaked it through the branches.

The lakes are beautiful but during our time up there, full on anglers so we didn’t stay long. Back on the road we continued up until we finally saw the microwave towers we had spotted from below. There’s quite a few up there. If you’re just starting a family you might want to skip this trip till later!

The only building that was left standing from the old Air Force station as near as I could till was the power station. However there are plenty of foundations to make old the layout. I think the highlight of the trip was the view when you go to the end of the road; where the receivers were located.

You have a stunning view to the west. To the NW you see all of the upper half of Willapa Bay and the coastline, to the SW you see the Columbia River and Astoria, to the east is all wooded hills.

The concrete foundation makes for a perfect campsite. I was somewhat jealous of Kiwi as he set up his camp with such a stunning view. My consolation was that the drive back to Twin Harbors was serene as i had the road to myself. It was easy to let my imagination travel back to when this was a frontier sparsely populated by rugged homesteaders. I’ll certainly be back. 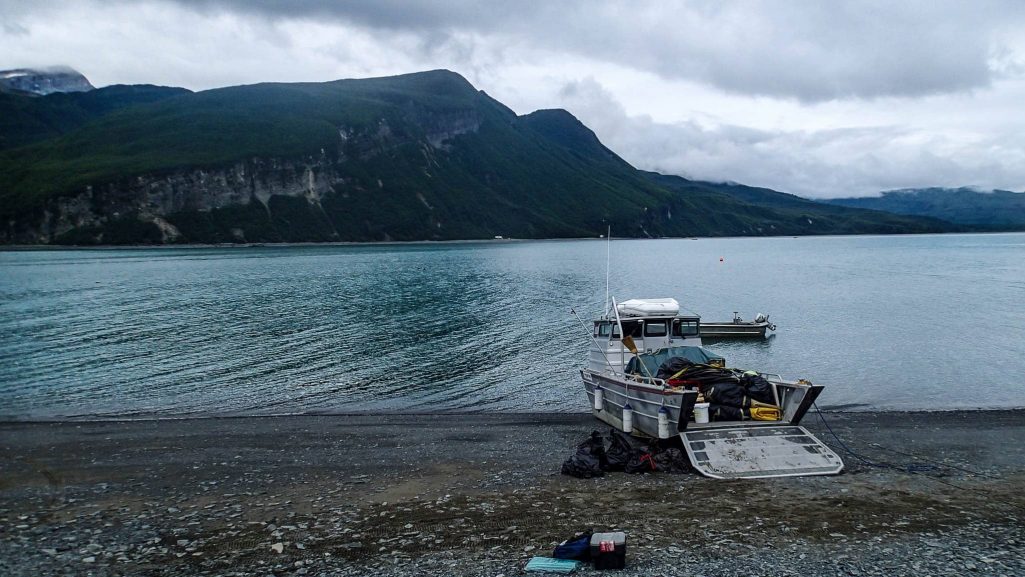 Here’s the irony, right before the drama started I had just stated, “Every time I come to Alaska I get pushed out of my comfort 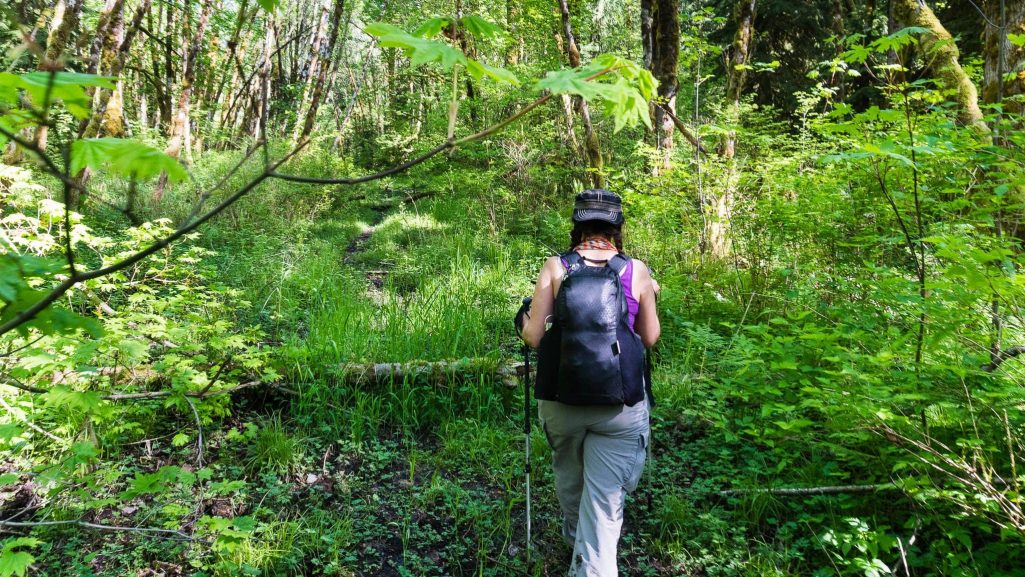 You don’t think of sea kayaking as the tool for virus busting but it may be just the perfect tool for social distance.