The last trip we had our agenda was to head inland towards the La Fortuna area and explore the area around her volcanos. The factor influencing this decision was mainly the distance we would need to drive and I had wanted to give myself some time to acclimate to driving in a foreign country. Turns out for once I made a wise choice.

From our villa, it was an approximate 3.5 hour drive through narrow, mountainous roads. And if I thought the driving along the coast was challenging then I was quickly proven wrong. On our trip we ran into just about anything you wouldn’t expect on a road; ladies with wash piled on their heads. A man in his electric wheelchair in the middle of the road. Truck piled impossibly high with bananas.

But the one I really wasn’t expecting was to be surrounded by cattle being herded down the road by men on horseback. I honestly didn’t know what to do other than just stop the car, which in itself seemed foolhardy. The cattle certainly didn’t give us a wide berth. In fact, I expected them to take off the mirrors at any moment. At a few that were hemmed in by the herd had that crazed look and I was waiting from them to launch themselves up and over the car.

While I drove, Theresa went through the material I had collected on the area and found something that looked interesting for us both. What she found turned out to be one of the highlights of the whole trip; the Mistico Arenal Hanging Bridges Park.

Before the Arenal Volcano and La Fortuna became a leading tourist destination in Costa Rica, it was a vast farming area. Blessed with such fertile and rich soil, locals raised livestock and grew crops as their livelihood. But everything changed when Arenal Volcano erupted and people attracted to the powerful volcano that made international headlines back in 1968 started to visit the area.

As Costa Rica become a top eco-tourism country, one family decided to preserve the 600 acres of land given to them near Arenal to maintain the rich biodiversity living within. This ambitious project grew immensely over the next decade and is now one of the top attractions in the Arenal area: the Mistico Arenal Hanging Bridges.

Everything was damp and fresh on our morning walk around our local lake. I loved how the low lying fog gave everything a mystical feel. #pnwonderland #pnw #thenwadventure #upperleftusa #pnwdiscovered #cascadiaexplored #pnwparadise #optoutside

Just published our latest adventure, or maybe misadventure. You can find the link in my bio up top. - "Toleak Survey Short Film" ...

Enjoying one of those rare sunny winter's day on the Washington coast. This was from a few weeks back when we were conducting our monthly #COASST bird survey. Might be a while before we see another day like this. ⠀ .⠀ .⠀ .⠀ .⠀ #pnwonderland #pnw #thenwadventure #upperleftusa #pnwdiscovered #cascadiaexplored #pnwparadise #optoutside #wildernessculture #wanderwashington #pacificnorthwest #pnwlife #nature #keepitwild #pnwphotographer #lifeofadventure #exploretocreate #beautifuldestinations #hikingadventures #wanderlust #thatpnwlife #explorewashington #roamtheplanet #thegreatpnw #photooftheday #washingtonexplored @washingtondiscovered @nextstop24 #nextstop24traveler #WildOlympic ...

Just published our latest adventure, or maybe misadventure. You can find the link in my bio up top. - "Exploring Cathedral Falls" ...

Here's my latest news article regarding the world of citizen-science "A New Twist to Our Toleak Survey" https://buff.ly/3q20bMH ...

The concept of the Mistico Arenal Hanging Bridges is simple: To protect flora and fauna while offering visitors a safe environment to discover the rain forest in a sustainable way. So if you’re looking to experience the famous hanging bridges of Costa Rica or want a nice hike in Arenal to learn about the rain forest and see wildlife, the Mistico Arenal Hanging Bridges is the best place to go.

Every direction we looked offered something new and exciting to observe, whether it was unique fauna or spectacular wildlife. The various hanging bridge along the trail not only give you a chance to catch a bit of cooling breeze but also provide a unique perspective to observe the jungle canopy. Some of the most interesting views of the Arenal Volcano were from the bridges. My notebook is full of the different species we saw along the trail and I’m fairly certain we missed some.

The scenery was so stunning and the village of La Fortuna so quaint, that we decided to get forego returning to the coast and get a hotel. We couldn’t have been more pleased. From our balcony, we were looking right up the flanks of the Areal Volcano. I was seeing so many more birds than at the coast, or at least it seemed so. And not just seeing them but hearing them as well. I spend a wonderful evening taking in all the sights and sounds while watching the clouds sweep up the volcano.

With a long drive ahead of us, we woke early, checked out, and headed to the popular La Fortuna Waterfalls. Our guide book had warned of the long lines and we were hoping to beat them to the falls.

As luck would have it, we arrived a half-hour before they opened their gates, but when we saw someone behind the counter and approached to see if we could purchase our tickets early, not only did they do so, but they allowed us to head down the trail before they were officially opened. This afforded us a wonderful half-hour alone at the falls pool. I took full advantage and captured some rare photos without crowds of people. A photographer’s dream!

It also gave us a chance to really take in the beauty of the falls as well as the surrounding jungle. I fully appreciated this rare chance, and once more people started to show up they showed up in mass. We were fortunate indeed. 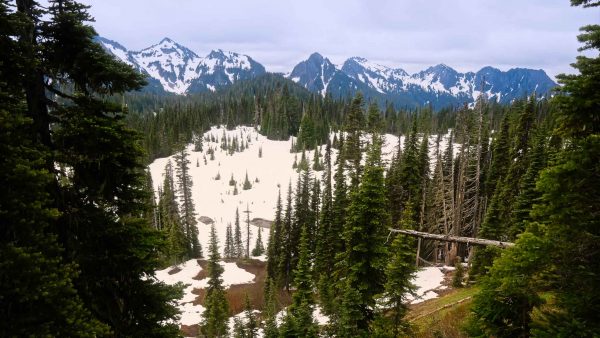 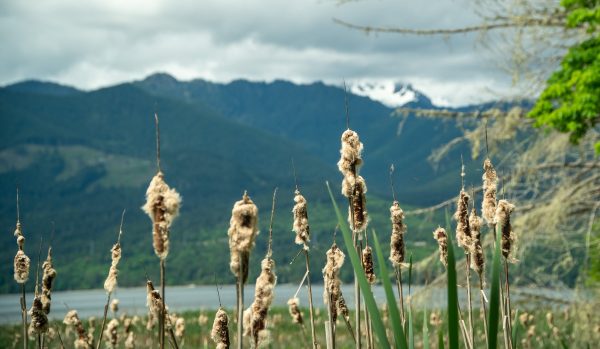 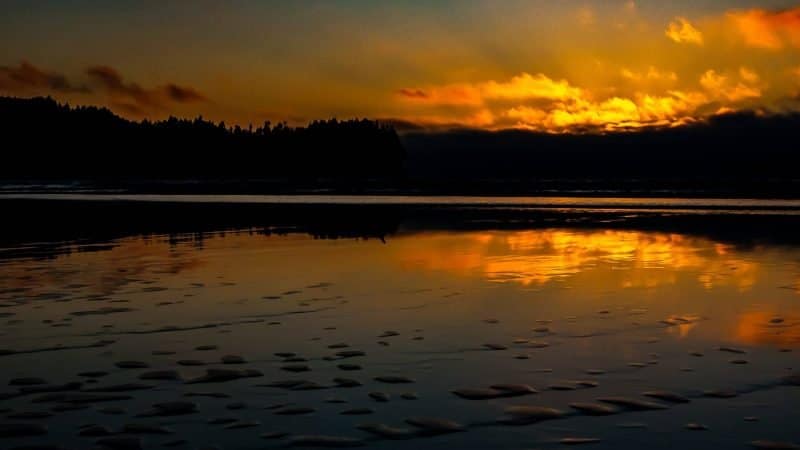 This area, located just west of Port Angeles, has one of the most intriguing histories just by virtue of what you don’t see when you 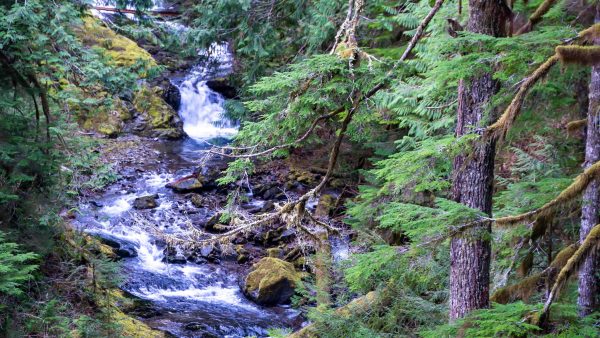