We used Rad Power bikes to carry us past the road washout and reach the site of the Glines Canyon Dam, which was removed in 2014 as part of the salmon restoration project.

In Asia, Africa, and South America, large hydroelectric dams are still being built, as they once were in the United States, to power economic development, with the added argument now that the electricity they provide is free of greenhouse gas emissions. But while the U.S. still benefits from the large dams it built in the 20th century, there’s a growing recognition that in some cases, at least, dam-building went too far—and the Elwha River is a symbol of that.

Despite the prolific salmon runs up the 45-mile long Elwha River, the salmon couldn’t compete with the power needs of the timber industry on the Olympic Peninsula;  power that fed the mills and growing population of workers. Fish were no match for finance, and the 108-foot-high Elwha Dam, located five miles upstream from the river’s outlet, started generating power in 1914.

The Glines Canyon 210-foot-high dam, locate a further eight miles upstream was built in 1927. The battle to get the dams removed involved many legal moves by the local tribes but finally, in 1992 Congress authorized the federal purchase of the two dams on the Elwha from the timber companies that owned them and ordered a study of the idea of removing them.

The irony here is that it took over two decades to get the dams removed, far longer then it took to build them in the first place.

Once a year, a group of us get together to rekindle friendships and catch up. This year, Brad, Jason and myself decided to meet up at one of our favorite campsites on the Strait of Juan de Fuca just west of Port Angeles.

I had been anxious to see the results of the dam removals especially the upper Glines Canyon dam. However, a day trip into the area is problematic as the Olympic Hot Spring Road which accessed this area is permanently closed due to a washout that cut the pavement just beyond the Madison Creek Falls.

But we had a solution, something Jason had known about for a while, but just recently acquired by Theresa and myself; Rad Power Bikes. There are plenty of reviews both on YouTube and other sites praising the virtues of these bikes. They do a good job so there’s no reason for me to duplicate their information and I agree with all they mention.

Just published our latest adventure, or maybe misadventure. You can find the link in my bio up top. - Brave New World in the North Cascades ...

Ran up to Mt. Rainer to camp for the weekend in an effort to beat the forest fire smokes. Only partially successful but it is a much cleaner air up here then in the valley. Just not sure what to do with the weekend?? ⁣⠀ .⁣⠀ .⁣⠀ .⁣⠀ .⁣⠀ .⁣⠀ #karanjohar #pnwisbest #pnwlife #nature #tiktok #columbiarivergorge #cascadiaexplored #funnyshit #optoutside #naturephotography #bendoregon #hiking #pnwonderland #oregon #outdoors #explore #thatpnwlife #pnwwonderland #washington #mountains #pacnw #pacificnw #upperleftusa #pacificnorthwest #washingtonstate #oregoncoast #centraloregon #seattle #camping #pnwcollective ...

I've just published a new article on our latest citizen-science project. You can find the link in my bio. Let me know what you think in the comments. ...

Heading out to La Push for another #COASST bird survey. It certainly feels good to be back out in the field. ...

You might find this an interesting read. "How to Social Distance Puget Sound Style" Link is in my bio. Let me know what you think. ...

But for me, there is the aspect, which they don’t touch on, of using them as a filming platform extending the range of what can be explored in a day. And here is where I think their real power comes into play. This trip was a perfect example.

Not only did we make it to the Glines Canyon dam but we continued up the steep road all the way to the Appleton Pass Trailhead. We made frequent stops along the way enjoying the views and taking photographs. By the time we had returned to the FJ we had explored over 18 miles of trail; with a full load of filming, photography gear. This was something we would hardly have been able to comfortably complete on foot.

And, we had energy left to cook a large skillet of Chili-n-Mac and enjoy beverages around our campfire. A perfect ending to a perfect day.

Our team heading up the closed road past the old ranger facility.
A cold clear winters day raising above the waters of the Strait of Juan de Fuca.
Our RAD Power ebikes got us well past the road wash out. Here is one of the closed buildings from the ranger station due to the closure of the road.
Looking north towards the mouth of the Elhwa River.
Jason taking a moment to soak in the beauty of Glines Canyon,
All that remains of the now removed Glines Canyon Dam.
A little comfort food after a long day of exploring.
Previous
Next 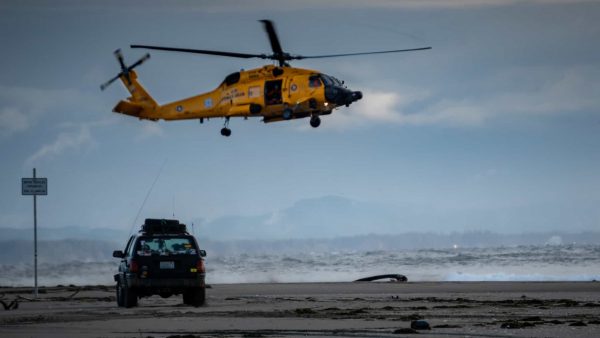 The weekend had been nothing if not chaotic; both in wind and rain. Still the last thing I expected was to see a surfer getting rescued by a USCG swimmer. 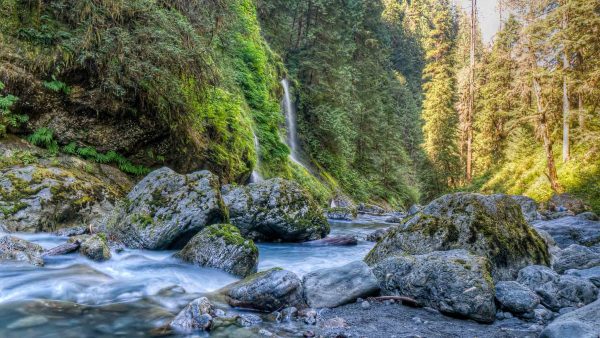 We needed to get away for a little ‘mental health’ so we set our gaze on the North Cascades for something refreshing to take our minds off the world’s woes. 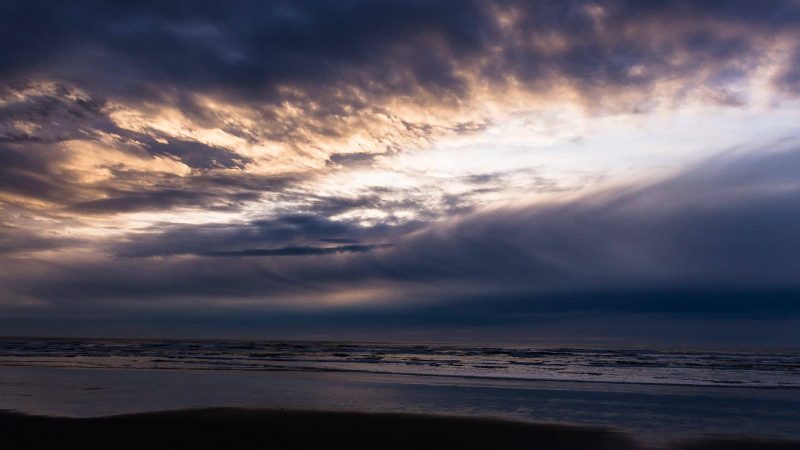 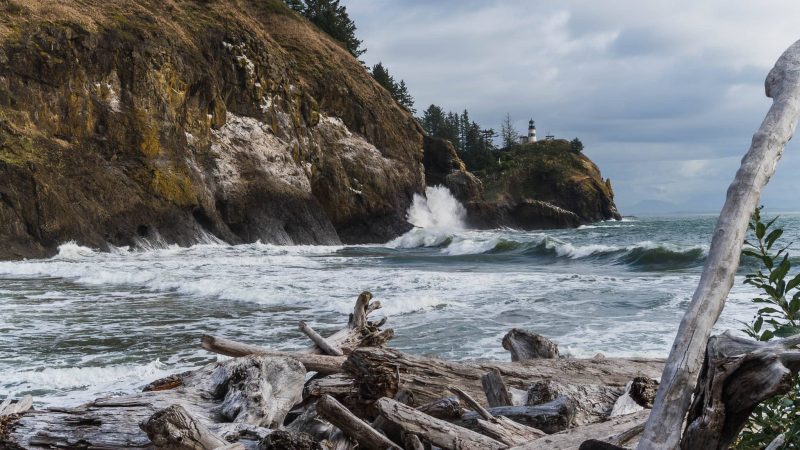 Friends and family are a blessing to be sure. Without them I think life would be rather hollow. But having them visit back to back