Traveling to Costa Rica from Seattle involved almost 36 hours of travel (that’s including working a full day for catching our flight) so we were fairly beat when we finally arrived at our villa. It was the next day before we ventured out and our first course of action was just to get acclimated to our surroundings which meant driving into Puntarenas. We hadn’t been parked by the small pocket beach for more than a few minutes when we were surrounded by Magnificent frigatebirds.

Habitat: This oceanic bird fishes over tropical coastal waters in the Atlantic and Pacific oceans and roosts in coastal trees.

Range: On the Pacific side of the Americas, the Magnificent Frigatebird is present between Baja, California, and Peru as well as in the Galapagos; on the Atlantic coast, it lives in the Caribbean and the Gulf of Mexico.

Physical Description: The most abundant species of frigatebirds, the Magnificent Frigatebird is exclusively oceanic, found in all tropical areas of the world. This bird has a distinctive profile, with a deeply forked tail and extremely long, slender and pointed wings. Its solid black form makes a bold outline against the sky, although it also has a faint brown bar across the upper wing, black or brown feet, and a gray bill. The male has a gular pouch (a throat pouch to accommodate large fish) that can be bright pink to red. The female has a grayer gular pouch, a white breast, a paler brown bar on the wing, and orbital skin around the eye that is violet-blue. Juveniles have a white head and breast, a striking pale bar on the wing, and a pale blue bill, orbital skin, and feet.

Interesting Biology: The Magnificent Frigatebird has the lowest wing loading of any known bird, meaning its wings are extraordinarily long for its size and weight-it can have a wingspan of 2 meters. Although the frigatebird can land and take off again, this can be difficult. As a result, this bird lives largely constrained to heights. It rests on tall trees on the shore or cliffs, as well as on ship rigging. It soars high in the air over the shore or coastal waters, but not usually far out over the ocean; once it sees flying fish or squid near the surface, it swoops down and snatches them-but never actually enters the water. The frigatebird is also frequently guilty of kleptoparasitism and regularly steals food from other birds.

Frigatebirds may amass near fishing boats and towns, looking for offal to eat. They also build nests in colonies of up to 10,000 pairs of parents. These consist of twig platforms in the upper branches of trees where there are consistent winds to help them take off after they land; often a colony will be on a slope or an offshore island. The male brings the female materials, and she constructs the nest. They both aggressively guard the nest and share the incubation and feeding duties. They have a single egg which is large and fragile and requires 55 days of incubation before hatching; the hatchling grows slowly, relying on the parents for food for 6 months while it is in the nest, and after it fledges, the young still returns nightly for food for 14 more months, giving the frigatebird the longest known chick dependence in the world. These birds can live for more than 40 years, but their populations struggle with habitat destruction and human-introduced predators, such as cats.

Diet: The Magnificent Frigatebird eats mostly fish and squid but is also a natural predatory threat to hatchling sea turtles on the beach. 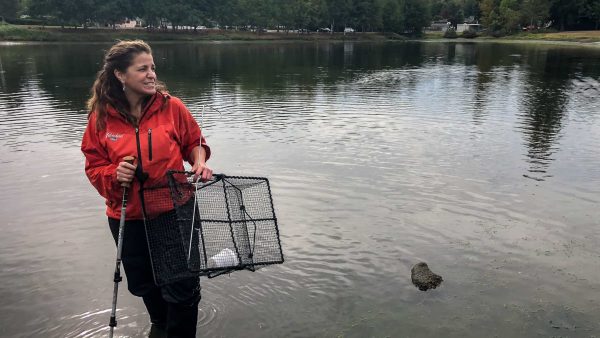 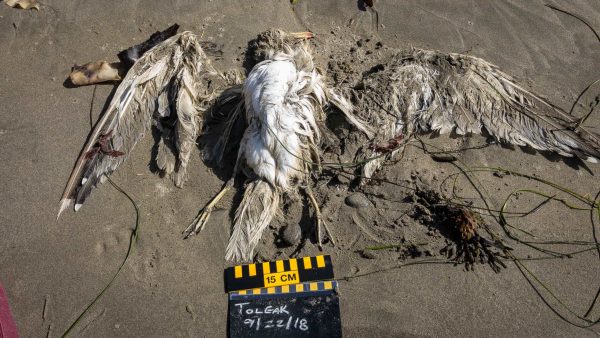 I really don’t want to think about the number of miles or the total elevation lost and gained that were traveled to find our first bird but it finally paid off with the discovery of our first bird (and second) to document for the volunteer COASST program. 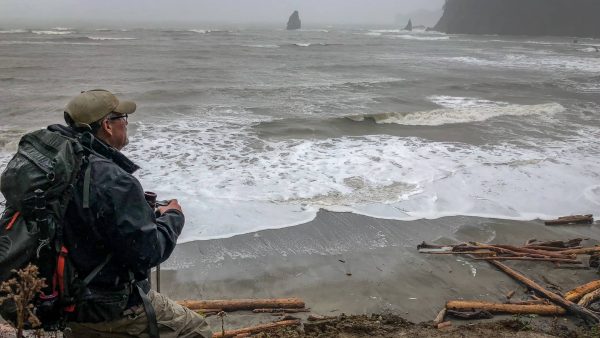 As I was crawling through the rain slick log jam, I thought, “This can’t be the rain I’m feeling, it can’t be raining that hard, the surf must be dumping on the logs”! Well, it was both. And that was in direct competition with all the noise. This time the battle was between the wind in the tree tops and the dumping surf. Was I on Toleak Beach or an alien world.?

Join me as I continue to both learn the art of film-making and document the exciting new modern world of citizen-science.

Need help with a project?