Big Fish in a Little Stream

Anyone who lives in the Pacific Northwest is familiar with the migration of the different species of Salmon. What did surprise me recently was the the size of the water these amazing fish are willing to attempt swimming up to breed. My childhood handmade sailboat wouldn’t float in the amount of water we’re talking here?

In late October, however, the salmon come home to Twanoh Creek. This fall run of chum salmon lasts until the end of November or early December and is a spectacular sight to see. Literally thousands of these fish come home to spawn before dying in their native stream.

Twanoh Creek runs through both the upper and lower portions of the park and empties into Hood Canal at the boat launch parking lot. It provides a healthy habitat for the annual salmon run and is well-respected by folks who come to view this seasonal phenomena. Cedar rail fencing has been constructed along parts of the creek to discourage humans from getting too close. Watching as the salmon pair off and begin their reproductive dance is always remarkable, no matter how many times you see it.

Previous
Next
Anyone who lives in the Pacific Northwest is familiar with the migration of the different species of Salmon. What did surprise me recently was the the size of the water these amazing fish are willing to attempt swimming up to breed. My childhood handmade sailboat wouldn’t float in the amount of water we’re talking here?

The female “digs” the redd or salmon “nest” that is actually a deep narrow indentation in the creek bed, where she deposits her eggs. Males swim along behind and fertilize the cache. Human traffic in the creek bed runs the risk of putting undue pressure on the redds and compressing and killing the eggs. Be careful and resist the temptation to get too close. It’s important to preserve the safety of the redds.

Looking at the numbers of salmon swimming upstream, it seems hard to believe that it wasn’t always this way. Back in 1986, the salmon run was meager. Local resident Jerry Manuel wanted to change that and with his invention of the Remote Site Incubator (RSI), he was able over the course of about ten years to repopulate the stream. With the assistance of the Hood Canal Salmon Enhancement Group, Manuel placed two RSIs upstream past the last few sites in the campground. Over a quarter million salmon eggs hatched and released as fry in the stream eventually ensured that the run would survive. In 1995-96, the RSIs were removed, as once again, the Twanoh Creek salmon run had become self-sustaining. And so it has remained, ever since. This is a great example of citizen-science helping to make a difference.
Families in the know often choose Thanksgiving Day to visit Twanoh Creek and marvel at the mysterious miracle epitomized by these salmon. After living in the creek for their first month of life, the young fish swim off into the salt waters of Hood Canal and beyond. Forty-three months later, they return home as adults to spawn at the end of their life cycle. Their inbred duty fulfilled, the remains of their carcasses litter the streambed, providing a new source of food for the newly hatched chum fry, birds and animals of the forest.

It’s hard for me to speak about this park with any real authority. We’ve only been here twice and both times that was during the off-season when the number of empty campsites far outweighs the those occupied. We literally have the place to ourselves.

However, just a look at the number of tables tipped on their sides attests to the crowds that must flock here during the summer. And there’s a large number of building that were built by the Civilian Conservation Corp to accommodate all the guests. Personally I love the old building with their use of stone and large lumber. Twanoh State Park is one of the oldest state parks in Washington. It was officially dedicated and opened to the public on June 9, 1923.

“Twanoh” is a Native American word for “gathering place.” The Skokomish Indians, a Twana tribe, made their home along Hood Canal because of its abundant wildlife. Because of this abundance, the Twana were among the few hunting/gathering societies of the world that produced wealth beyond their needs. The basis of their economy was salmon.

The park is a 182-acre marine, camping park with 3,167 feet of saltwater shoreline on Hood Canal and has 25 tent spaces, 22 full hookup spaces, six restrooms and one shower. Crowds as mentioned as not a problem in the winter…I really need to see what it’s like during the summer. If you’ve camped here during that time let me know what to expect during this time in the comments down below.

A Visit to North Cove

This bit of coast has the dubious recognition of losing the most landmass in our hemisphere than any other place.

Moonrise Over the Strait of Juan de Fuca

This area from Salt Creek to Cape Flattery has to be one of favorite locations. It’s close enough to travel to in less that half 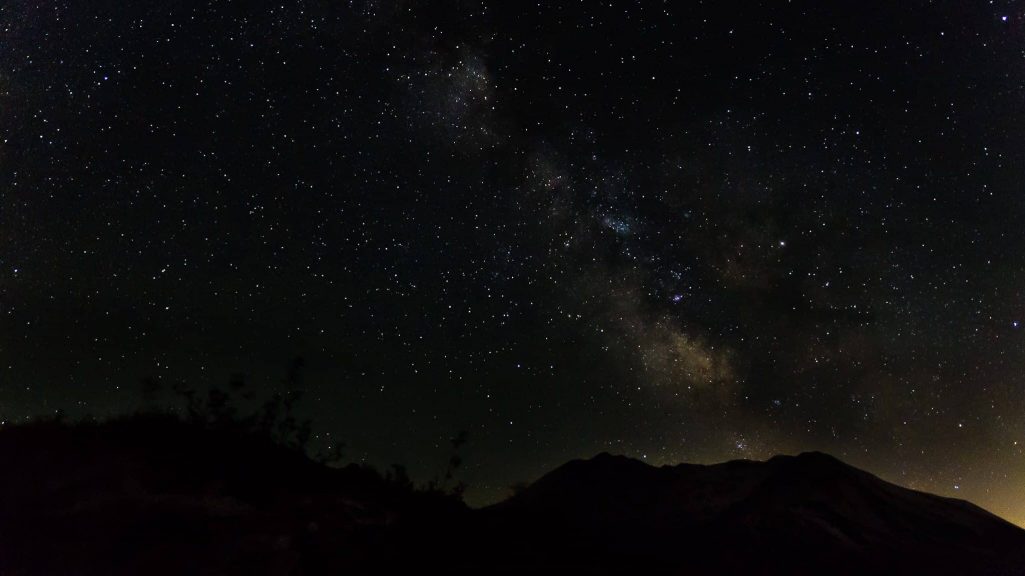 Last weekend I teamed up with Matt for another lesson In advanced photography. This time we wanted to take advantage of the New Moon and